A MOMENT OF SILENCE

Poachers with the aid of “rangers” have killed all rhinos in Limpopo National Park in Mozambique, part of the Great Limpopo Transfrontier Park.

“Mozambique’s game rangers have helped poachers kill every single rhino in the Mozambique section of the Great Limpopo Transfrontier Park according to the International Fund for Wildlife Management….According to South Africa’s Department of Environmental Affairs 180 out of 249 rhinos in the Kruger National Park have been poached since January 2013.”

“Consumer nations – China, Vietnam and Indonesia – have to make a concerted effort to reduce the demand for these products in their own backyards because otherwise the battle will be lost.”

Above quotes shared from Times Live in South Africa and News24 : 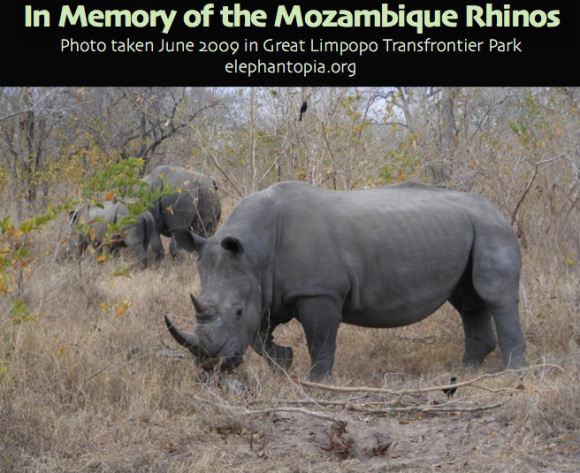 5 thoughts on “A MOMENT OF SILENCE”