(Note: the content of this blog shared from Juliette Speaks) 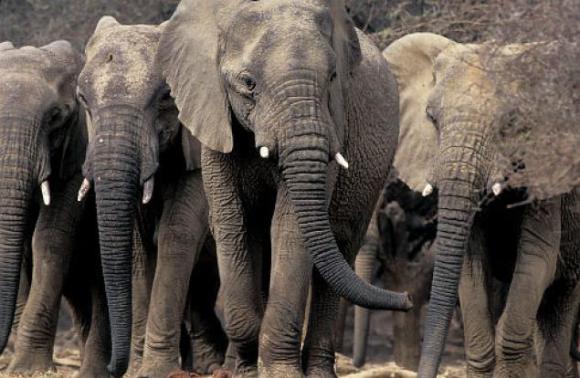 The NY state assembly will meet on January 16 to discuss the ivory trade. Please email assembly members to tighten restrictions on ivory sales and move to ban. Below is an email you can send – or write your own!  Here are the email addresses of the committee members who will meet.

Subject: TIGHTEN RESTRICTIONS on IVORY SALES in NY and MOVE TO BAN

Happy new year and greetings from [Your State or Country Here]!

96 elephants are killed each day by poachers to fuel the ivory trade of which New York State represents the largest market for in the U.S. TIGHTEN RESTRICTIONS on IVORY SALES and MOVE TO BAN. The ivory trade sponsors terrorism, is killing humans and driving elephants to extinction. At the rate of one elephant killed every 15 minutes for its ivory tusks, there will be no more elephants roaming wild by 2025. You have the power to help prevent this by moving for a 100% ivory ban by making New York State ivory-free.

[Your Name] [Your mailing address, or at least city, state, zip] 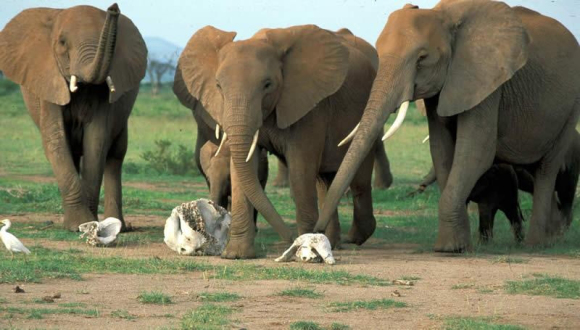 1. Poaching and wildlife crimes funnel an estimated $19 billion annually to terrorists and other criminals.

2. The illegal wildlife trade is larger than the illicit trafficking of small arms, diamonds, gold, and oil.

3. Forty percent of the funding for various terrorist operations is also obtained through participation in the global wildlife trade

“Wildlife crime is no longer only a challenge to conservation, biodiversity and development. Poaching is — just as the illegal trade in arms, drugs and counterfeit goods — a serious threat to national and international security and economic development,” according to a report from the Stimson Center, a Washington, DC-based think tank.

Waking Up the World

It seems like the world is finally waking up to this fact: elephant poaching is not just something only the eco-crazies care about. As reported in the Huffington Post article “Blood on Your Hands, China: The Link Between Ivory Consumption and Al Shabaab”:

Al Shaabab is funding a massive 40% of its operations through the illegal ivory trade. So, to put this in crude figures - if you are an ivory consumer you helped to fund 40% of the killers that entered Westgate on Saturday, which all things being equal accounted for around 25 of the estimated 62 people murdered.

Elephantopia is about spreading awareness, opening up the world’s eyes to the grim future facing elephants. My hope is that people who may not live in Africa or those who currently “don’t care” about this issue because they think there are bigger and more pressing world issues to care about, will realize that elephant poaching directly impacts those other “bigger world issues.”

While living in Africa, my husband and I were introduced to the concept of “Ubuntu” - “a person is not a person without other persons.” Or more simply put, we are all connected. What happens to one of us, affects all of us. Poaching is a great example of this.

Poaching kills elephants and is projected to wipe out the entire species in Africa by 2025 - is it estimated that one elephant is poached every 15 minutes.

Poaching kills rangers who work in the field day and night protecting elephants & other natural resources - the poachers these rangers fight are equipted with night vision goggles, machine guns, and other heavy artillary. In the last ten years, more than 5,000 rangers have been killed. Every tusk costs a life.

Poaching funds terrorist organizations - is considered the new “blood diamond” for funding illegal operations around the world, raking no 4 in the top 5 most dangerous illegal criminal activities (along with drug trafficking, counterfeiting, human trafficking and illegal arms trade)

Poaching destroys ecosystems - the elephant is a keystone species which means thousands of other animals and plant species rely on elephants for continued growth & sustainability. Without the elephant, there will be a negative chain effect that will directly impact humans and food sources.

Poaching hurts economies that rely on tourism for a major source of income - for example, a large proportion of Kenya’s tourism centres around safaris and tours of its great National Parks and Game Reserves. According to Kenya’s First Lady Kenyatta, “The decline in elephants may affect Kenya’s tourism industry, which employs 300,000 people…” The country, home to game parks including the Maasai Mara, counts tourism as its largest foreign-exchange earner, after tea. About 1.8 million tourists visited Kenya last year, generating 96 billion shillings ($1.1 billion).

It’s time to wake up the world -  to put an end to poaching. It’s time to stop talking and start asking: what are you going to do about it?

I plan to move forward - to march for the elephant October 4, to continue to raise awareness through this blog, to work with organizations around the world to support ranger & elephant care, to keep dreaming and envisioning a harmonious future for elephants and humans. In the words of Nelson Mandela:

I am fundamentally an optimist….Part of being optimistic is keeping one’s head pointed towards the sun, one’s feet moving forward.

The Link between Ivory & Terrorism

In a few of my last personal posts, I explained why you should care about the issue of illegal ivory trade. I’ve shared clips from National Geographic explaining who the world’s ivory villain is and my personal thoughts from the world-wide ivory battle. Finally, I’ve explored how people of many backgrounds and beliefs all seem to have one common thread and moral obligation to protect the earth.

Now, it’s time to look at the issue of ivory from a matter of national security. An article in the Huffington Post last October expounded on Hilary Clinton’s cry that the illegal ivory trade affects both national security for countries in Africa, as well as here in the United States.

Vastly increased firepower and ruthless tactics on the part of poachers jeopardize security, stability, and rule of law in countries across the globe. In Cameroon, for example, recent cross-border incursions by foreign poachers-and the resulting massive slaughters-pose a serious threat to peace and security in the region. Moreover, because wildlife trafficking is highly profitable-worth billions of dollars each year-there is a growing link to transnational organized crime. These trafficking syndicates bribe officials to circumvent national laws, rouse mayhem in local communities, and threaten (and sometimes kill) park rangers and other citizens. In Africa, upwards of a hundred park rangers are killed in the line of duty every year by poachers. In some cases, proceeds from the sale of elephant tusks, rhino horns, and tiger skins are used to pay for drugs, weapons, and bribes, creating a vicious cycle of havoc that can lead fragile states into further instability. The implications stemming from the illicit wildlife trade-in addition to the trade itself-are therefore of profound concern to the United States and millions of Americans.

I encourage you to take a moment to read the article Wildlife and Foreign Policy: What’s the Connection? You can also read how CITES links the ivory trade with organized crime HERE.

The ivory trade is more than just a few elephants being slaughtered. It directly impacts the safety of citizens around the globe and the future of an entire keystone species.