NRA Opposes the US Ivory Ban

Shocking news this week: the NRA (National Rifle Association) asked 3.1million members to call on congress to urge them to block the new ivory ban ruling.

Last month, the White House announced a ban on the commercial trade of elephant ivory, placed a total embargo on any new imports of items containing elephant ivory, and now prohibits the export of any ivory except antiques more than 100 years old. (Click HERE for a short explanation on exactly what this ivory ban entails and means).

“This ban is the best way to help ensure that U.S. markets do not contribute to the further decline of African elephants in the wild,” a White House fact sheet on the announcement declared.

However, the NRA feels that the White House is not creating this ban to protect the world’s elephant populations (oh - did we mention that last year in 2013, over 50,000 elephants were killed for their tusks? At this rate, all elephants in the wild will be extinct within ten years…) Instead, the NRA believes that this ban on ivory is actually the Administration attempting to ban firearms (yes, you read that right, they think the ivory ban in the US is an attack on the constitutional right to bear arms.) Here is their reasoning:

“This is another attempt by this anti-gun Administration to ban firearms based on cosmetics and would render many collections/firearms valueless,” the NRA said in its call to arms. “Any firearm, firearm accessory, or knife that contains ivory, no matter how big or small, would not be able to be sold in the United States, unless it is more than 100 years old. This means if your shotgun has an ivory bead or inlay, your revolver or pistol has ivory grips, your knife has an ivory handle, or if your firearm accessories, such as cleaning tools that contain any ivory, the item would be illegal to sell.”

Our response? This is outrageous and ridiculous! The NRA is so self-absorbed that they are opposing a ban that protects the future for Africa’s keystone species, so they can sell their guns!!!??! They are opposing a ban that is part of a national security issue as the ivory trade, according to Robert Hormat (under Secretary of State for Economic Growth, Energy and Environment), funds Joseph Kony’s Lord’s Resistance Army (note: their activities include and are not limited to: child abduction, child sex slavery and using children for warfare) — and this is just one of the known terrorist organizations that benefit from the ivory trade. There must be no legal ivory trade to make it easier for law enforcement to quickly find and prosecute those engaged in the illegal ivory trade.

Please take a moment to ask the White House to stand firm in their decision for an ivory ban - for the future of elephants and the safety of humankind. Leave your comments here: http://www.whitehouse.gov/contact/submit-questions-and-comments

(Thanks to ThinkProgress.Org for the information we shared in this post)

Did you know Hawaii is the second largest seller of ivory in the U.S.? Let’s make Hawaii a true paradise, where all ivory sales are outlawed!

Take a moment to read THIS LETTER from WildlifeDirect. Then send your own (using the sample below) to the following emails:

RE: PLEASE SUPPORT EW HB2183 and SB2024 to prohibit any person to import, sell, offer for sell or possess with intent to sell any ivory product in Hawaii.

I am writing to you to ask for help. There is a global crisis surrounding the illegal ivory trade. The elephant, a keystone species vital to Africa, is on the verge of extinction. Terrorists organizations are profiting from the ivory trade, using the funds from the ivory to cover the expenses of their operations. Rangers risk their lives fighting poachers. We need to crush the demand for ivory and the illegal trade of ivory if we are to secure the future of elephants, creating a safe & stable future for African communities. I request that Hawaii, as the 2nd largest retailer of ivory in the USA, agrees to ban the ivory trade. Hawaii can play a key role in the survival of elephants and ending the bloody massacre of elephant families for the ivory trade by setting a bold and courageous example to the rest of the developed world. This letter is to ask you to please Support HB2183 and SB2024.

[YOUR NAME & COUNTRY OF RESIDENCE HERE] 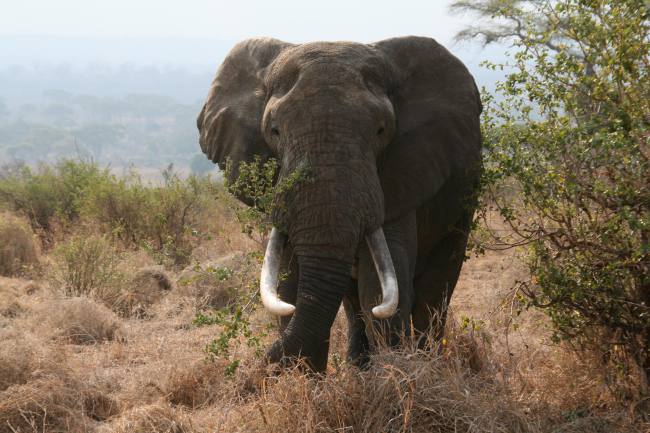 A census released this week states that many of the country’s parks have seen elephant populations plummet by up to 66% in just 4 years.

In Mikumi-Selous the counters recorded 6,516 bodies and in Ruaha-Rungwa 3,496 bodies were recorded. Only about 8% of these deaths were thought to be natural.

Deputy minister for Natural Resources and Wildlife Lazaro Nyalandu speaking at the census launch highlighted that in the five years between 2008 and 2013 Tanzanian had seized nearly 33 tonnes of tusks on its way out of the country. (these numbers shared from Wildlife News)

Please take a moment to comment on Deputy Minister for Natural Resources and Tourism Mr. Lazaro Nyalandu and ask him to follow China’s example & destroy the ivory stockpiles in Tanzania! 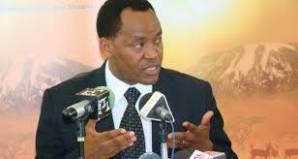 According to reports: “Apparently, destroying the ‘white gold’ seems to be out of question. Two years ago, the whole world raised hell when Dar requested permission from international communities to sell off the ivory stockpile, currently weighing over 100 metric tonnes and counting.”

Please take a moment and ask Mr. Nyalandu to consider following other nations and to destroy their ivory to help end the ivory trade! Be sure to add the hashtag: #SayNoToIvory